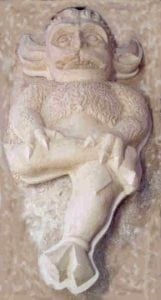 This good looking fellow is the “Lincoln Imp” – proudly made by Ossett Mouldings Limited!

Working from a postcard-sized photograph, he was sculpted in clay to the overall height of One Metre (c.39″).

Installed in a public location by our Lincoln client he now swings 5 metres above spectators heads on his suspension wires. 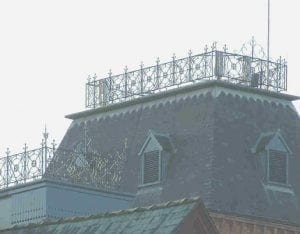 The other set is Twenty First Century cast resin by Ossett Mouldings! 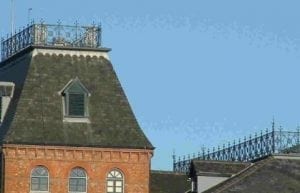 Some elements were moulded from originals, some sculpted from clay, moulded and cast in resin.

Close up, these components are really convincing. On a rooftop they are real! Oh! The Ossett Mouldings railings are the ones on the……………

If you wish to see “close up” how these look, any one can inspect similar items on the Yorkshire Mural. 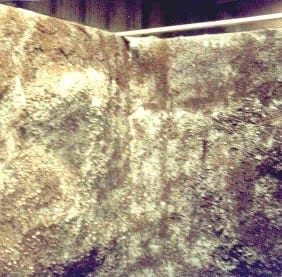 This is a WW2 “Bomb Hole”, made for the current BBC drama “Born and Bred”.

These were naturally stratified and realistically coloured. 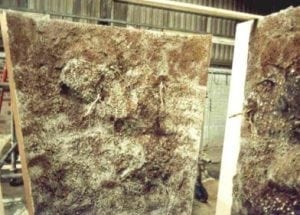 Remember – Ossett Mouldings made the world’s first “walk in”, above ground bomb hole with side doors to admit cameras and actors! 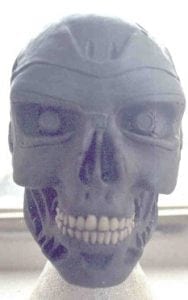 “ The Governor of California’s Head”! Sculpted by Roger Rowley, an “A” Level Art student.

Roger very skilfully formed the original in clay (image to left), the teeth he borrowed from his dentist.

We moulded it as economically as possible for him.

And cast it in an “aluminium effect” resin (image to right).

Sad News: We have only very recently discovered that this artwork of Roger’s has been stolen. It was nicked from pride of place where it was on show at Roger’s school in North Leeds.  So if you see this – and note only one was ever made, it is truly unique. Please contact us or any police station with the details. We all would wish Roger to get this back – believe me, he put a great deal of work into it. Many thanks.