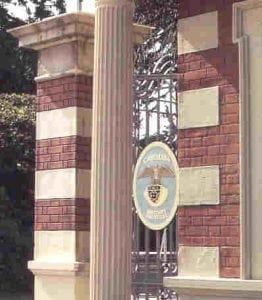 It’s quite possible that every person in the United Kingdom has seen some example of Ossett Mouldings work, either on the large, or certainly on the small screen.

Ossett Mouldings has worked on numerous Film and TV productions, in fact so many that one cannot recall simply from memory all of them. Many are household names, many have world famous stars appearing in them and sadly some were absolute “turkeys” that few people ever saw and fewer still can recall!

While we’re discussing pictures that “bombed”, anyone ever see a truly awful film called “Inseminiod”? It was partly shot down Chislehirst Caves, south of London. These soggy, dark and usually empty caves are certainly more interesting than the film, having a WW2 underground hospital and church complete with “stained glass” windows formed in luminous paint! Ossett Mouldings part in this best forgotten film was to form some modernistic underground “hutches” and other alien “artefacts”.

Please don’t imagine that the dreadful is typical of our work, we also work on successful productions such as “51st State”, “Born and Bred” and “Forsyte Saga”. The list is actually quite long, and every year we add more names. 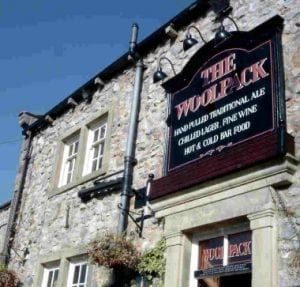 While in 2007 another “Royal” (Seven) happened, where we worked on a set due to catch fire and another where we built a cliff face for a damsel to fall, land and fall again on. Also a period item called (something like) “Trouble with Austen”.

Only yesterday we received the order for quite a lot of work on “Wire in the Blood 4”. I don’t know about this show, but my lady wife tells me it’s quite a big one. This year we have worked on very many productions. Problem is, now I’m sat at the typewriter I have some sort of “writers block” or a real memory loss.

If I remember I’ll make some notes at work tomorrow and add those here later.

In 2008 we added several more productions. Up to May we had already added “The Damned United” , “Wuthering Heights”, Apparitions” and “Wired”. I’m quite certain there will be many more.

2010 we have “Jayne Eyre” – based in Pinewood but with some locations in Derbyshire Peak District, also “Wild About The Boy”, a fire that will (eventually) happen on “Coronation Street”, a very convincing reproduction baptismal font for “Emmerdale” and something called “DCI Banks”. We must have done a few things in 2009, but who knows what they were? Just remembered a couple of silly ones ;- An advertisment for Saudi Telecom, also one for CSL beds.

“There’s Only One Jimmy Grimble!” If you reckon the title suggests this is a football film you’ll be right.

We carried out quite a lot of work, varied and interesting work on this very British production, shot in Lancashire, especially Manchester and Manchester City Football Club in particular.

These two photographs, while illustrating just one set concerning a small part of the story are nevertheless jolly interesting and show how we utilise many of our skills to the benefit of our U.K. film industry.

We made and fitted throughout this set our “heavily whitewashed” brick pattern, created complex brick structures, patiently handcrafted very realistic holes in two walls, laid the floor in a waterproof sand/ cement mixture as the story called for a shallow pools of water in this cellar. 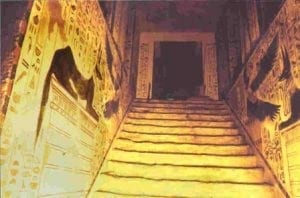 Yet another excellent illustration of the possibilities we offer. This time it’s Egyptian! I should stop writing and let these pictures speak for themselves, but I won’t! These sets were so good, so very good that after shooting this part of the film was complete the producer ordered the unit back onto set with the very firm instruction – “We’ve built those sets, go back and film some more – use them”.

Corridors, passages, sliding and swinging doors, reproduction artefacts, from tiny amulets, jackals, mummy cases and sarcofagii (is there a plural please for sarcofagus?) These and so very many other items were produced in plaster and GRP (fibre glass).

Some other examples of work from this film appear at the foot of this page and elsewhere in this site as obviousely these production techniques can be used to great effect in many places other than films or television. For instance we provided a great deal of false “timber” to the Trafford Centre (a shopping mall). This they used to “timber out” a Chinese themed area. This solved a very big problem at very short notice for the centre as the Fire Authority demanded that the centre replace all the “Chinese Wood” with something other than timber! Lucky they found us – wasn’t it!

These two ‘photos alone illustrate the sheer scope of the possibilities we and our materials offer you. We really would enjoy doing the same for you – please just enquire.

This was a film in production (May / June 2003). Incredibly, despite working on it we don’t know the film title, working or otherwise. However we can tell you that it has some smashing sets – and this is one such.

This represents an actual newly built modern home. For obvious continuity reasons ours had to exactly match the original in every outward detail.

On the left you can see one of our craftsmen working with our specially matching imitation brick cladding. At this stage it does not look terribly convincing.

However when our man has completed his assembly and finishing work it is coloured by their very expert decorators with the brilliantly convincing result seen here on the right.

Our work on this production continues, on other sets. Following the “above ground cellar” above (“Jimmy Grimble”) we have here, on the right a ground level roof loft space! Later this set was equipped with a fine new loft ladder which actually goes nowhere and a water tank. All in all, another fine set.

“51st State” was quite a big film, shot on both sides of the Atlantic with some fairly big stars and more than a fair bit of spilt blood. One set was scarcely visible after they totally blathered it in gore, bringing a new meaning to the term “shooting set”!

As with the house above, this set was also required to match a location, however this original was many floors up, somewhere in New York!

This studio reproduction was necessary as someone had to crash in through a window on a long rope. Filming that event is a lot easier (and more safe) at ground level in a studio.

The size of these very large fluted plaster cast pilasters is evident from this illustration where another of our craftsman gives some impression of scale. Incidentally these pilasters (and the inset mouldings above and below the windows) were specially treated in our workshops to represent “old stone”.

The film “24 Hour Party People” dealt with the Hacienda Club, Manchester in the 1970’s. Our involvement was confined to just one set, but what a set!

Many photographs were taken, from many different angles, but however hard we tried, it was honestly impossible to communicate just how gigantic this set was. It was truly massive! We needed a very high scaffold to reach the top, one got tired walking the length of it and it was wide enough to park two builders merchant’s lorries in!

After four days filming it was “struck” (the film industry term for demolition) and disposed of in who knows how many skips. This set was actually built quite close to the original Hacienda – the strangest part of this story being that this set started construction just as demolition of the real, original Hacienda commenced!

We can imitate stonework – very convincingly. At a fraction of the weight and cost of real stone. Just imagine some of the effects you see on this page in your pool area, your restaurant, pub or night club! And don’t switch off yet, we can also install this in domestic properties.

So many, many designs and effects are possible in this most versatile of materials, particularly in Ossett Mouldings skilled, capable and experienced hands. Take for instance stonework, one can have so many shapes and designs from the large, crude monumental blocks depicted below through a truly infinite variation of styles to finely dressed, formal styles. 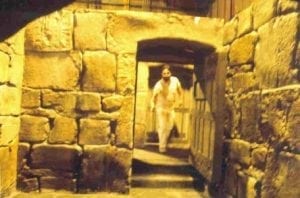 Just try to imagine the truly brilliant, incredible possibilities that these effects open to anyone with imagination! Composite effects with dressed angles, ribs to vaults, possibly combined with brickwork “patches” can create the most atmospheric premises imaginable. So much is possible I’m getting really excited myself thinking about it!

We will (obviously) be very happy to work with you on design, budgets, timings and any aspect of these super materials you wish. Please don’t forget (almost) the most enticing feature of this most effective and truly exciting material – it’s totally incombustible! How good is that?

Here’s one from July 2003, an African village scene, really convincing – set under blue African skies beneath a sheer wall of African sand.

This is the lair of rare, unusual creatures, many found hardly anywhere else – in Lancashire! Among some spectacular sand dunes in Formby, just a little way north of Liverpool. Eighteen inch long sand lizards inhabit this region, along with natterjack toads and other rarities, amphibian and avian. 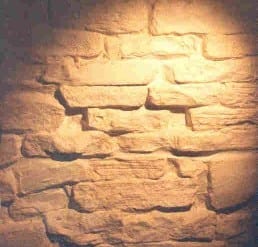 We clad a twenty four foot circumference well in waterproof sand and cement, made a fifty foot long irrigation channel and clad two huts in “mud”. One of the difficulties to be overcome was the remote location. The only way onto the place of work was a half mile journey over steep sand dunes in six wheel John Deere “gater” buggies. 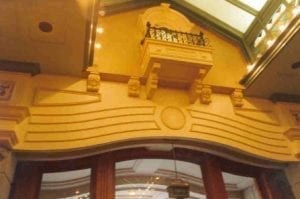 The whole set was built in three days, one days filming and then it was totally removed, every thing, no rubbish, no trace that we ever were in this unusual, rare and protected habitat.
All the above is, I sincerely hope, very interesting – that is certainly my intention. But I’m also trying to give you ideas how to use our talents and unique skills to improve any premises you have. Commercial or domestic. 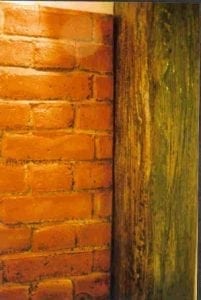 Forget films and TV, some of these ideas and schemes are suitable for the home. Possibly your home?

For example themed restaurants, almost any theme you wish, pubs, clubs, pool areas (swimming or games)! Anything our collective imaginations can contrive. 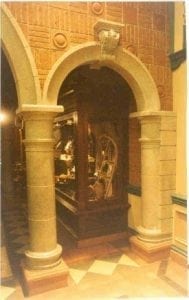 It is possible to create (for instance) Mexican, Indian, African, Hawiian, Subterrainian, or any number of different geographical or historical impressions with our materials and abilities.

Just bring your plans, ideas, sketches, drawings and some money! Because sadly any work, however exciting or interesting for us will inevitably cost you, the client something.

But please note, we will always give “budget” costs during planning and a proper, legally binding written quotation prior to starting work once your exact requirements are known. This naturally applies to any work we offer to undertake.

We’ll provide all the help we can to assist you create what you want. And we have many reference jobs and examples to help you decide. 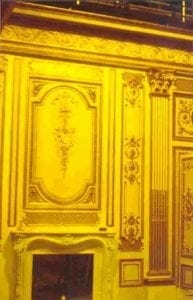 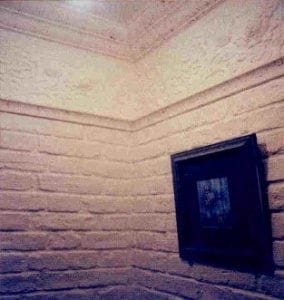